There are very few pathways to affordable home ownership for people living below the area median income (AMI), and virtually no opportunities for people earning less that 60% AMI. The vast majority of new low-income housing developments are rental housing due to the availability of public subsidies and the higher profit margins for developers and investors.

The 2021 Oregon Housing & Community Services (OHCS) Legislative Agenda requests a $215m budget for new housing construction for the 2021-2023 biennium. Of that, just 2% is designated for the new construction homeownership. This raises the question of why we place so much of our public investment in new housing in rental housing rather than homeownership. It’s not as if the cost to build the housing changes if the end user is a renter or an owner.

One plausible reason is the idea that rental housing is a better long-term investment of public resources, because the investment is protected through a relationship with an outside management entity that ensures a defined affordability period (typically around 30 years) for households under a specific income level (typically under 60% AMI). However, the housing can be converted to market rate after the affordability period expires.

In homeownership all of the equity goes to the occupant, who can then resell the housing on the market for profit. Consequently, the vast majority of public subsidies for incentivizing homeownership come in the form of zero-interest down payment assistance loans to the individual homebuyer that aren’t due until if and when they sell their house. These loans are generally intended to help households earning between 60% and 80% AMI access or sustain existing single-family housing.

But, there’s also a third option called shared-equity homeownership. This includes both community land trusts (CLTs) and limited equity cooperatives (LECs). CLTs in particular have become an increasingly popular mechanism for ensuring permanent affordability controls, far superior to the rental housing model in terms of maximizing the return on investment of the public subsidy.

At SquareOne Villages, we have found that combining both of these forms of shared-equity homeownership through a CLT-LEC hybrid, or what we call Cooperative Land Trust Housing, can produce resident-owned housing that is permanently affordable to households earning between 30% to 60% AMI, with similar or smaller public subsidy levels compared to rental housing that targets the same income levels.

In this shared-equity arrangement, SquareOne acts as the CLT and retains ownership of the underlying land and the co-op owns and manages the housing and improvements on the land. A long-term ground lease ties the interests of both parties together, creating a partnership that helps to ensure the longer-term viability of the co-op. SquareOne is able to serve in an advisory role, providing support to the co-op in the form of technical assistance, training, and leadership development. And due to its sustained involvement in the project, SquareOne also serves as a “mission steward” during periods of leadership change and member turnover within the co-op.

As a nonprofit organization we have amended our bylaws to restrict the sale of our land and housing, and we are in the process of adjusting our board structure to include 1/3 representation from residents of our housing developments or other people with low-incomes within our service area, to ensure their interests continue to be represented. This works to ensure that any housing we develop on the land will remain affordable in the long-term, even when it is owner occupied.

After acquiring land, we lead a community-driven design process, secure a combination of funding sources, and develop clusters of compact dwellings on the land. During construction we select the initial occupants to live in the homes based on certain income guidelines, and they form a limited-equity cooperative corporation, a registered business in the state of Oregon.  The initial members each purchase a share in the co-op, which can serve as a modest source of equity towards developing the housing. The equity is then credited towards the construction loan carried by SquareOne, similar to a down payment, and the remaining debt is then covered by a permanent mortgage held by the co-op. This removes a major barrier to homeownership because each household does not have to qualify for a mortgage individually.

In many ways, cooperative housing is developed and financed similar to rental housing. The only major difference is at the end of the process the residents collectively become the landlord rather than an outside entity. This difference provides greater stability and control to the residents and has several proven benefits, such as lowering monthly housing costs by more than 20% while also reducing crime rates when compared to physically similar low-income rental housing (National Cooperative Law Center).

But in terms of public funding programs, this difference moves us from rental housing to homeownership, which effectively removes 98% of possible state funding sources for new construction in Oregon in coming years. Consequently, we are facing the dilemma of whether to push ahead with limited equity co-ops despite the disincentives, or to just continue developing leasehold co-ops like Emerald Village and Cottage Village where both the land and buildings are leased, and thus considered rental housing.

In order to successfully expand shared-equity homeownership options, their is critical need for new, more flexible sources of public subsidies. A review of existing public funding programs is provided below.

At the state level in Oregon, OHCS currently only offers one program for new construction homeownership. The Local Innovation and Fast Track (LIFT) program funds any net increase in housing for low-income households through the use of Article XI-Q bonds. In 2020 and 2021 the program will award $60m for rental housing and $15m for homeownership. However, in the homeownership program, the value of the subsidy for a given project is limited to $75,000 per unit or the value of the land plus infrastructure improvements, whichever is lesser.

This method of valuation works fine for urban housing with traditional homeownership on individual lots, but it is severely limiting for rural projects with lower land values and shared-equity projects where several housing units are developed on a single lot. For example, our upcoming Peace Village Co-op project includes 36 housing units on a single 1.8 acre lot with a preliminary budget of $4.3 million, or $120,000 per unit. Because a single lot is valued less than 36 individual lots, we are only able to reach a subsidy value of around $30,000 per unit. This requires significant fundraising to cover the gap between that $30,000 per unit subsidy amount and the maximum permanent loan that could be held while still meeting our affordability targets between 30% and 60% AMI. However, if we could find a way to reach the full $75,000 per unit subsidy, we could cover the entire gap with debt financing while still meeting the same affordability targets. This would make for a highly scalable model.

The 2022-2023 OHCS budget proposes to remove the LIFT homeownership program all together, and replace it with a program with a proposed budget of just $5m through the general fund, which is a smaller and less reliable source of funding for housing. Alternatively, we believe there may be pathways to continue using Article XI-Q bonds through the LIFT program without limiting the value of the subsidy to just the value of land plus infrastructure. This would involve adding language to ground lease between the CLT and LEC to ensure the state achieves its operational or ownership asset in the property as required by the bonds.

OHCS does also have an existing program that funds cooperative housing. However, the program is currently only designed to preserve our valuable stock of existing manufactured dwelling parks. This has been a highly successful program for allowing residents to gain control over parks that face rising rents or closure through cooperative ownership. The funding helps the resident groups acquire and rehabilitate their park. We believe there is an excellent opportunity to build upon the success of this program to create a large fund designed to support the development of other types of cooperative housing as well.

Turning to the federal level, the primary funding source for new construction is Low-Income Housing Tax Credits, which is only compatible with rental housing and has also proven to drastically increase the cost of housing.

According to Meyer Memorial Trust's 2015 Cost Efficiencies Report, developers may spend up to $40,000 just to craft the application and only see a portion of their desired projects funded, and it is not uncommon to have to apply multiple times for the same project. Consequently the report concludes “any strategies to deliver significant cost reductions probably also require a departure in the way projects are funded,” and “dramatic reductions are probably unattainable without new, more flexible sources of funding.”

Lastly, there are Community Development Block Grants (CDBG), which can be used for homeownership, but only to support land acquisition.

At the local level here in Eugene, the City offers system development charge (SDC) exemptions to low-income housing developments each year, but due to limited funds the exemptions are now only awarded to projects that receive HOME funds. These two funding sources are then typically leveraged to seek tax credit funding, a source that has proven to incentivize inflating the cost of housing to $250,000 per unit or more in Lane County (for reference, per unit costs for existing and proposed developments by SquareOne are less than half of that). The City of Eugene also offers a 20 year property tax exemption to low-income housing developments, but again only for rental housing. For homeownership, Oregon Revised Statute 307.651 does currently allow for a municipality to adopt a 10 year tax exemption on the improvements, but this is currently only adopted in Portland.

Funding sources administered by a City or County have the best ability to provide flexible programs to support innovative and cost-effective approaches to affordable housing. Eugene’s new Affordable Housing Trust Fund, funded by a construction excise tax, offers a promising step in this direction. It is our hope that this fund will support innovative approaches to affordable housing, like Cooperative Land Trust housing, that face barriers to existing, more traditional public funding sources.

In conclusion, there will be just $5m in public funding available in 2022 and 2023 for new construction homeownership throughout Oregon as currently proposed.

It’s understandable to prioritize rental housing over traditional homeownership when considering the best long-term investment of public subsidies. However, shared-equity homeownership has proven to be even more effective than rental housing at maximizing the value of one-time capital subsidies through long-term affordability controls that preserve the subsidy in perpetuity. As a result, public funding programs need to be reconsidered to reflect this.

1. Adjust the OHCS LIFT program so that it does not disincentivize shared-equity ownership by limiting the subsidy to the value of land plus infrastructure. Further explore whether the State can achieve the required operational or ownership asset in the property through adding provisions to the ground lease.

2. Determine whether OHCS homeownership program can be made compatible with federal HOME fund requirements.

3. Build on the success of the OHCS Manufactured Dwelling Park preservation program to create a larger funding source that also includes other types of cooperative housing development.

4. Utilize ORS 307.561 at the municipal level to adopt a 10 year property tax exemption on the improvements of housing developments using shared-equity ownership model.

Cottage Village only has $48,000 left to raise to finish the last four homes and convert the single family home on the property into the...
1880

Take The Tour Nine of the thirteen tiny homes at Cottage Village are complete and the first residents have officially moved in! See the...
1,6170
{"items":["60660e669973750015f7ab45","5f84c6ca1a1e02001705b2ea","5f690f6824c2c600172594fc"],"styles":{"galleryType":"Strips","groupSize":1,"showArrows":true,"cubeImages":true,"cubeType":"fill","cubeRatio":"100%/100%","isVertical":false,"gallerySize":30,"collageDensity":0.8,"groupTypes":"1","oneRow":true,"imageMargin":0,"galleryMargin":0,"scatter":0,"rotatingScatter":"","chooseBestGroup":true,"smartCrop":false,"hasThumbnails":false,"enableScroll":true,"isGrid":false,"isSlider":false,"isColumns":false,"isSlideshow":true,"cropOnlyFill":false,"fixedColumns":1,"enableInfiniteScroll":true,"isRTL":false,"minItemSize":120,"rotatingGroupTypes":"","rotatingCropRatios":"","columnWidths":"","gallerySliderImageRatio":1.7777777777777777,"numberOfImagesPerRow":3,"numberOfImagesPerCol":1,"groupsPerStrip":0,"borderRadius":0,"boxShadow":0,"gridStyle":0,"mobilePanorama":false,"placeGroupsLtr":false,"viewMode":"preview","thumbnailSpacings":4,"galleryThumbnailsAlignment":"bottom","isMasonry":false,"isAutoSlideshow":true,"slideshowLoop":false,"autoSlideshowInterval":3,"bottomInfoHeight":0,"titlePlacement":"SHOW_ON_HOVER","galleryTextAlign":"center","scrollSnap":true,"itemClick":"nothing","fullscreen":true,"videoPlay":"hover","scrollAnimation":"NO_EFFECT","slideAnimation":"SCROLL","scrollDirection":1,"scrollDuration":400,"overlayAnimation":"FADE_IN","arrowsPosition":0,"arrowsSize":18,"watermarkOpacity":40,"watermarkSize":40,"useWatermark":true,"watermarkDock":{"top":"auto","left":"auto","right":0,"bottom":0,"transform":"translate3d(0,0,0)"},"loadMoreAmount":"all","defaultShowInfoExpand":1,"allowLinkExpand":true,"expandInfoPosition":0,"allowFullscreenExpand":true,"fullscreenLoop":false,"galleryAlignExpand":"left","addToCartBorderWidth":1,"addToCartButtonText":"","slideshowInfoSize":160,"playButtonForAutoSlideShow":false,"allowSlideshowCounter":false,"hoveringBehaviour":"NEVER_SHOW","thumbnailSize":120,"magicLayoutSeed":1,"imageHoverAnimation":"NO_EFFECT","imagePlacementAnimation":"NO_EFFECT","calculateTextBoxWidthMode":"PERCENT","textBoxHeight":0,"textBoxWidth":200,"textBoxWidthPercent":50,"textImageSpace":10,"textBoxBorderRadius":0,"textBoxBorderWidth":0,"loadMoreButtonText":"","loadMoreButtonBorderWidth":1,"loadMoreButtonBorderRadius":0,"imageInfoType":"ATTACHED_BACKGROUND","itemBorderWidth":0,"itemBorderRadius":0,"itemEnableShadow":false,"itemShadowBlur":20,"itemShadowDirection":135,"itemShadowSize":10,"imageLoadingMode":"BLUR","expandAnimation":"NO_EFFECT","imageQuality":90,"usmToggle":false,"usm_a":0,"usm_r":0,"usm_t":0,"videoSound":false,"videoSpeed":"1","videoLoop":true,"jsonStyleParams":"","gallerySizeType":"px","gallerySizePx":220,"allowTitle":true,"allowContextMenu":true,"textsHorizontalPadding":-30,"showVideoPlayButton":true,"galleryLayout":5,"arrowsColor":"rgba(99,90,80,1)","targetItemSize":220,"selectedLayout":"5|bottom|1|fill|false|1|true","layoutsVersion":2,"selectedLayoutV2":5,"isSlideshowFont":true,"externalInfoHeight":0,"externalInfoWidth":0},"container":{"width":220,"height":284,"galleryWidth":220,"galleryHeight":123,"scrollBase":0}} 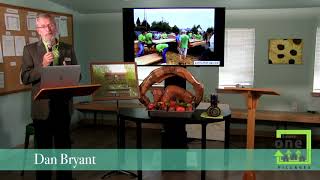